An anonymous donation of £500,000  has kick-started charity Alexandra House of Joy’s appeal to raise £3m to build a state-of-the-art care centre for adults with disabilities.

The donor, who doesn’t want to be named, has simply said they “believe” in what the charity is doing and understand the desperate need for this project to succeed.

The charity has planning permission to build the new facility on land off Wretchwick Way in Bicester. It will include bedrooms for respite and end of life care, day care facilities including art, music, craft and sensory rooms, a kitchen garden and café, offices, quiet area, and hydrotherapy pool. But they must raise the money by October 2023 to ensure the first bricks can be laid.

Alexandra House of Joy founder Rachael Scott-Hunter said: “We were over the moon to receive this very generous donation. It has given us such a boost, both in terms of reaching our target and also motivating us to push this project forward. In handing over the money the donor said they wholly believed in our project and the importance of this facility to the lives of disabled adults and their carers, who really have borne the brunt of funding cuts over the last two decades.

“Behind the scenes we have been applying for grants to help us reach our £3 million target. But the problem we face is that most trusts and foundations require that we have at least 50 per cent of the funds in place before they will help with funding. The anonymous donor said they hoped their donation would help overcome this issue and hopefully inspire another donor to match what they have given.”

So far the charity has raised £808,000, and now they are urging Oxfordshire residents and businesses to help them raise more and reach their target.

Mrs Scott-Hunter, of Chesterton, near Bicester, said: “We are desperate to see this dream become a reality and we really need the Oxfordshire community to get behind us. We would love people to run marathons, do bake sales, book sales, sit in a bath of baked beans or any other fund raiser they can think of to help us raise the money to build this much-needed centre.”

Alexandra House of Joy was set up in 2018 by Rachael and Ian Scott-Hunter after witnessing first-hand the reduction in care provision received by their daughter Alexandra, who had profound learning difficulties.

Alexandra sadly died in 2019, aged 47, but her parents have vowed to continue with plans to build the care centre as her legacy. The centre will be open to adults with learning difficulties and their carers from across Oxfordshire. 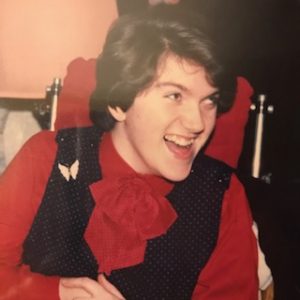